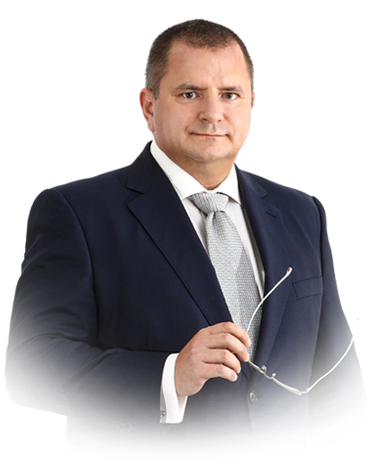 The level of cooperation with Dr. Gürlich’s law firm has been very good. What we appreciate most is the team’s expertise, correct approach, quality, quick turn-around times, and reliability while individual problems are being resolved.

He specializes mostly on IT law, commercial law, real estate law, disputes under private law, and public procurement. His clients include, above all, the largest infrastructure management companies in the Czech Republic, leading multinational software corporations, healthcare providers and healthcare software makers.

Richard has been a member of the Czech Bar Association since 2000. He is also member of the AEA International Lawyers Network and the International Association of Contract and Commercial Managers (IACCM). He also takes part in the activities of the Society of Alumni of MBA programmes (SAMBA) where he was one of the speakers and facilitators at a panel called “Future Vision of Law”. He is also a lecturer at the Business Institute and its “MBA Real Estate” module. He received the “Lawyer of the Year” award for the Czech Republic by Acquisition International in 2019.

Richard worked at Kocián Šolc Balaštík (1996-1998) before starting his own legal practice. Later he worked at Fiala, Profous, Maisner & spol. (1998-2002), advising both Czech and international entrepreneurs.