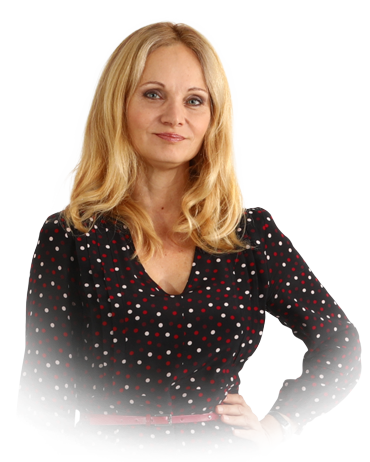 I have worked together with Olga since I started my own business. She looks at legal problems from a business perspective, which is also my priority. She is always flexible sorting out all the legal documents and assessing any possible risks. I appreciate her conduct, sense of detail, and really value the diligent work she does for me.

Olga Erhartová is among highly recognized experts in the area of media and advertising law, intellectual property and trademarks. Her clients include a leading media house, operators of commercial radio stations, and advertising agencies.

Before starting her own independent attorney practice, Olga worked as a lawyer at the International Taxation Department of the Czech Ministry of Finance, where she managed double-taxation prevention treaties on behalf of the Czech Republic.

Later on, Olga worked at the Legislative Office of the Czech Republic’s government, at the department of European Integration and Harmonisation. She was a member of the team that coordinated legislative activity to harmonise Czech law with European law. In 1998-2001, Olga worked at a leading law firm in Prague, specializing mostly in corporate law, contract law and labour law.

In 2001, Olga started her own law firm focusing on commercial law, media and advertising law, and trademarks. In 2003, she and Jindřich Vítek started ERHARTOVÁ VÍTEK & PARTNERS.